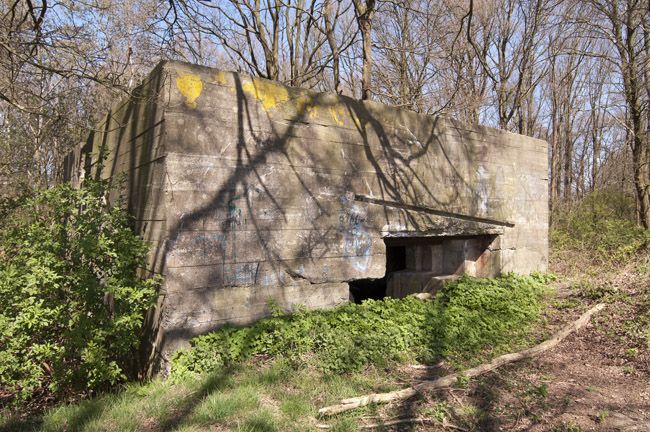 Located on an old Dutch fort. 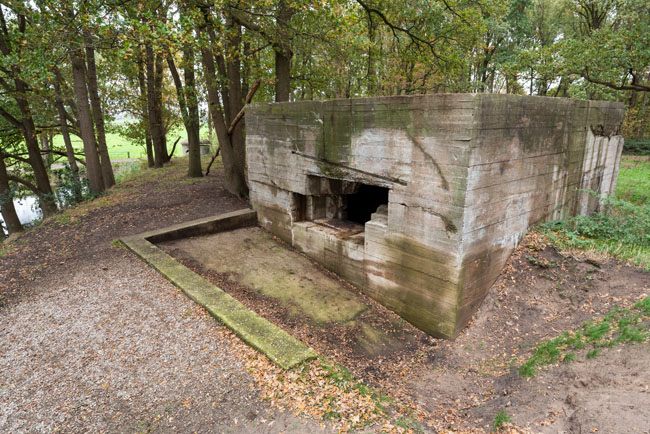 The Mündungsgasgrube, a pit which naturally diverted the muzzle gasses and smoke away from the embrasure is fully visible again after an intervention in the end of 2019. 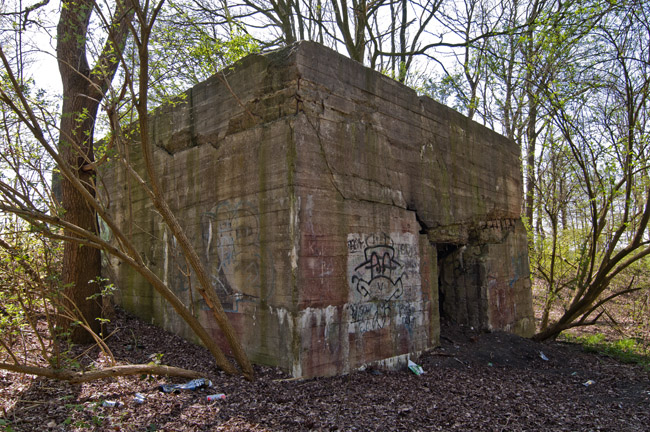 A big block of concrete. The damage was probably caused by an explosion of ammunition inside. 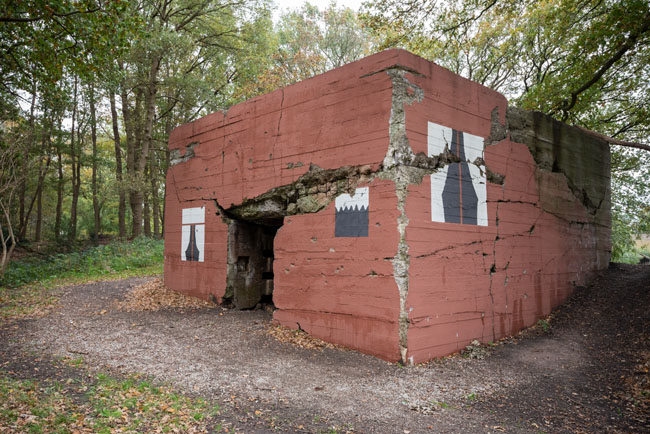 The original camouflage pattern has been reconstructed based on a postwar movie of the demolition works. 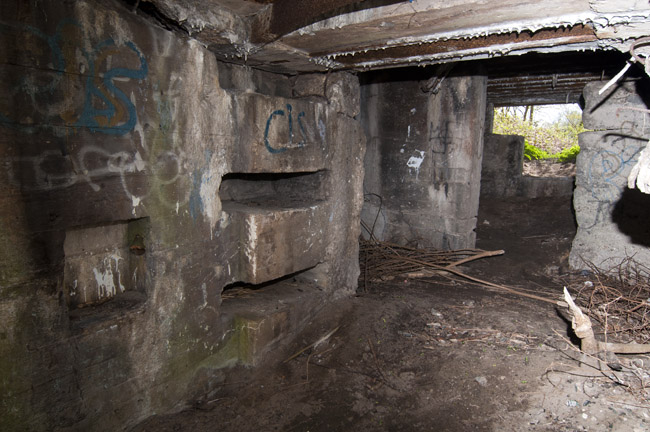 A look through the bunker with the entrance where the doors where never placed. 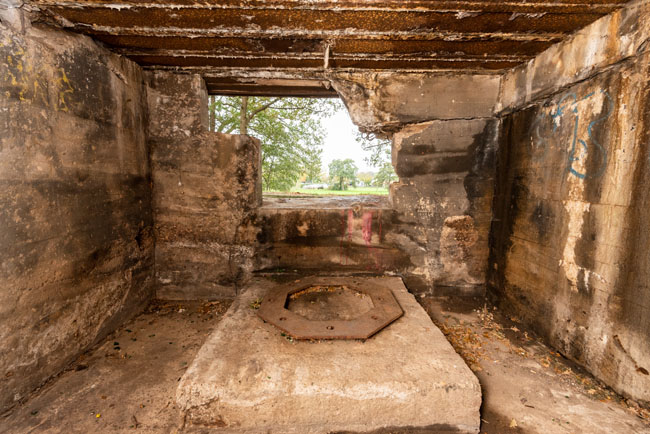 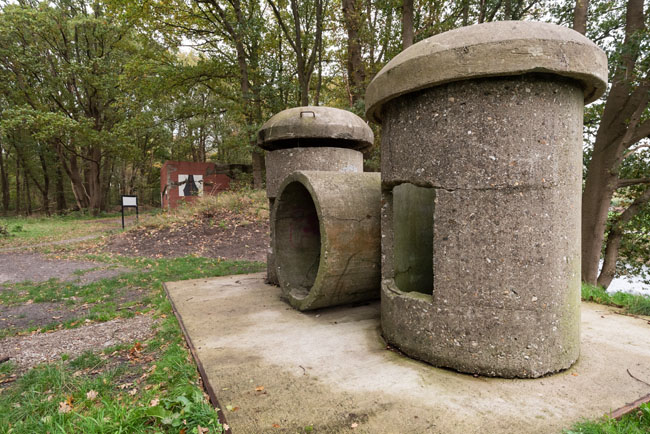 Three Koch bunker which were found underground in the vicinity have found a new home next to the bunker. 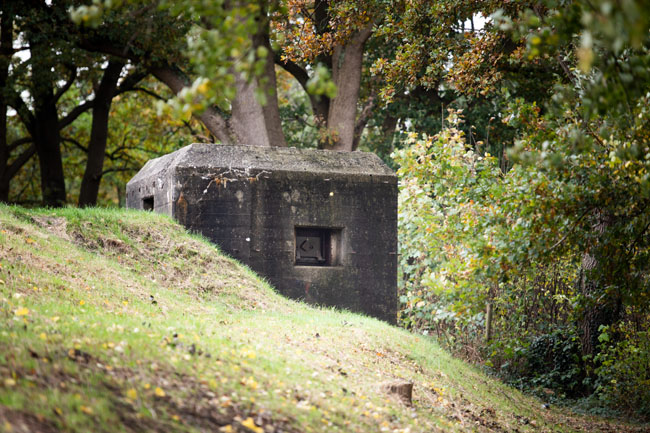 A Dutch 1940 MG-casemate type S-3 nearby on the old walls of the fort.