German cities with important military industries and Berlin as the center of the Third Reich, were protected by massive Flak-towers. However, Hitler also ordered to built several of them in the capital of Austria, Vienna. Not for the logistic or political importance of this city, but only because he was born in Austria ...
The pictures were made by Henk Adriaanse in 2009. 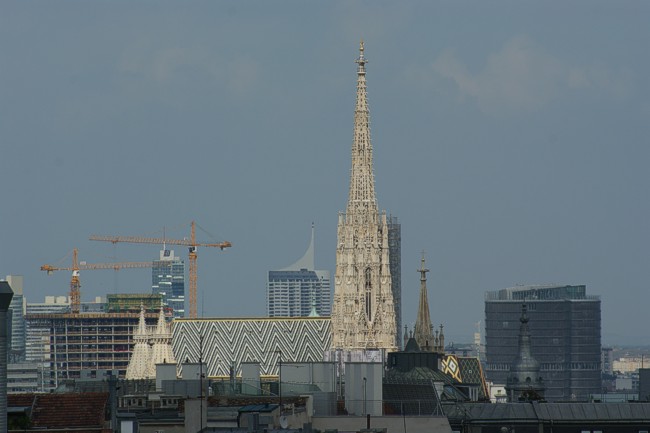 The skyline of Wien (Vienna).