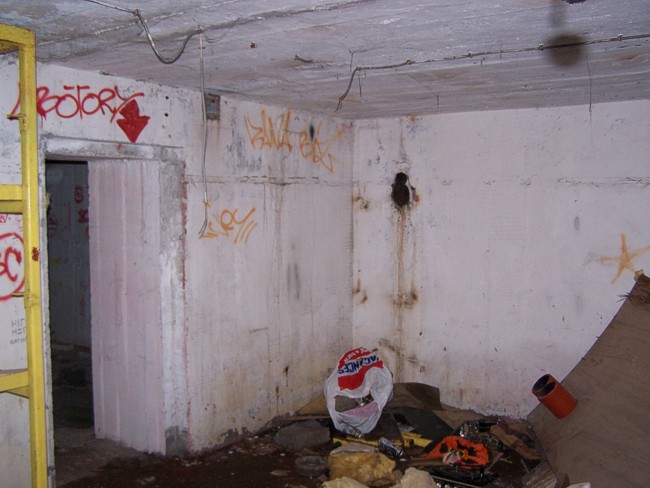 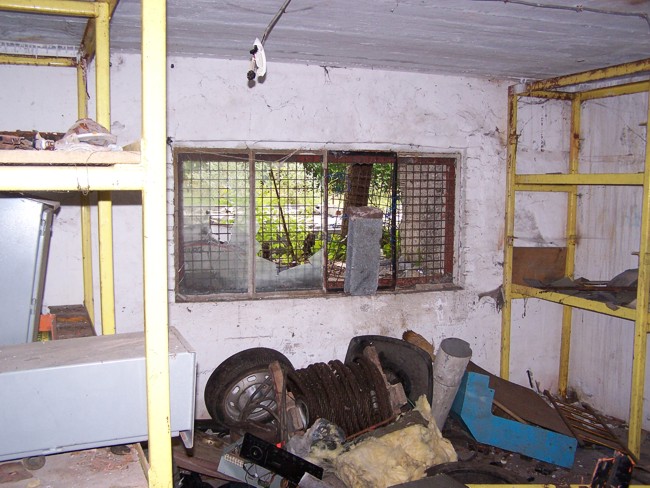 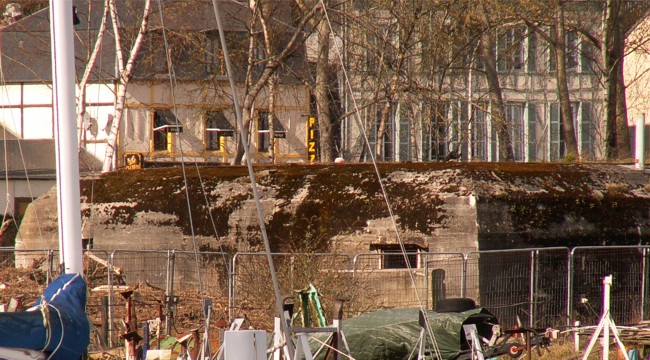 In 2009 the terrain was sealed off and we fear that the bunker has no future anymore. 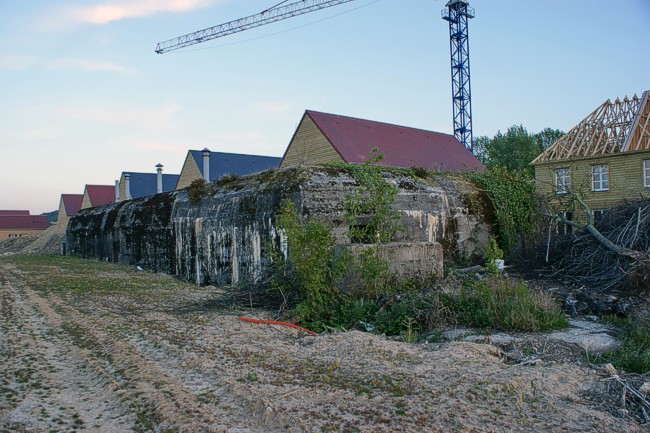 2010: the bunker is still unharmed and new wooden houses have been built close to it. Demolition seems to be out of the question now. 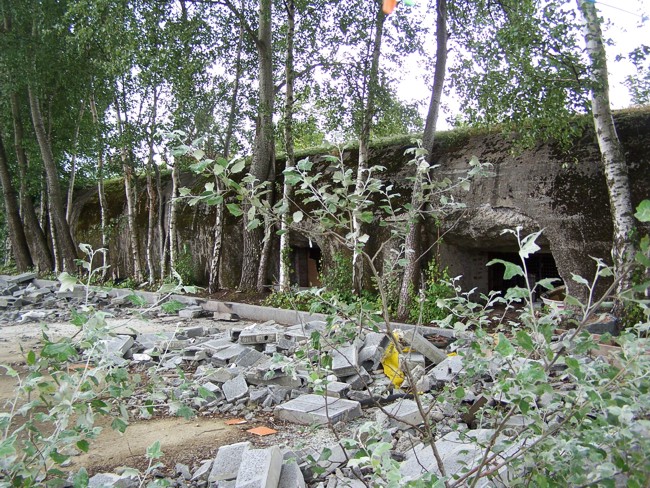 This big bunker lies next to the former dry dock. 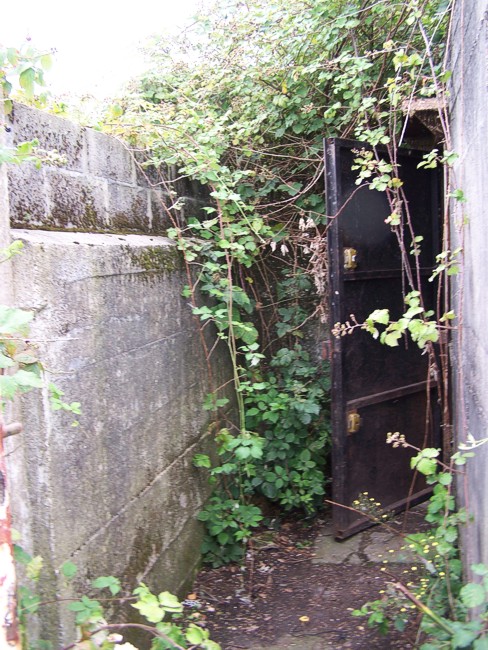 The entrances are protected by walls. 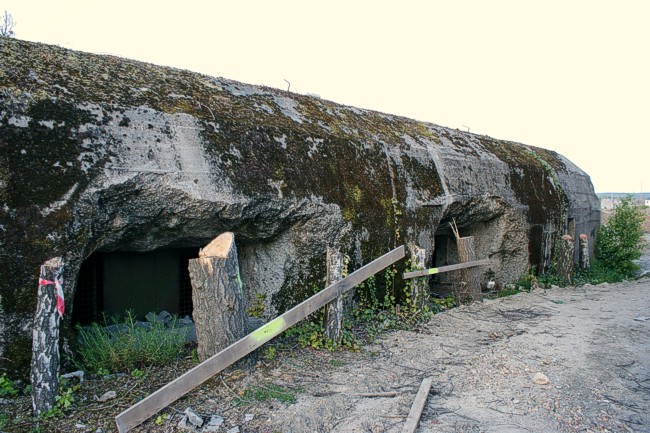