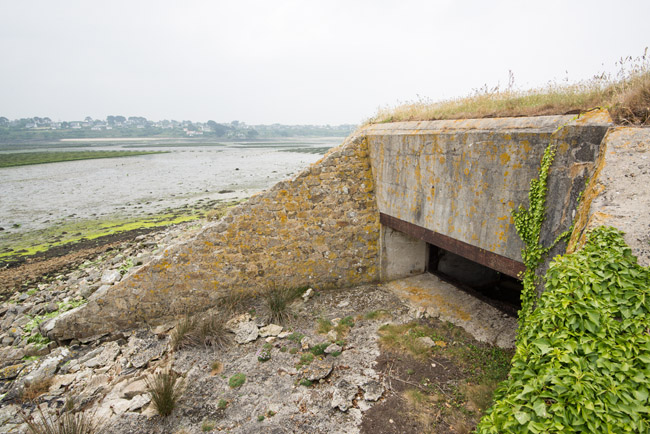 Two flanking walls of stone obscure the bunker from coast and land side. 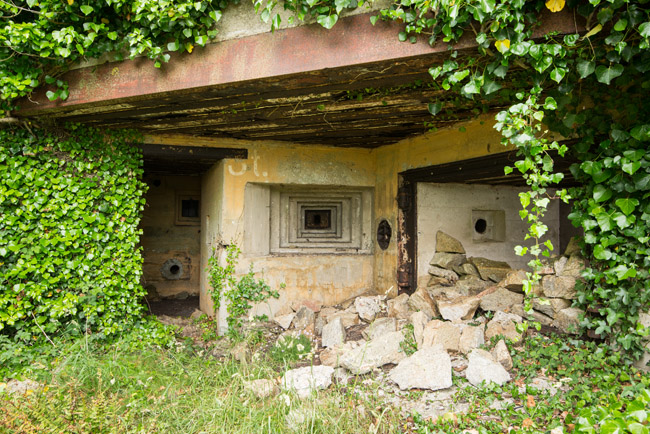 The typical entrance for a 505, built in mirror view which can be seen more in the area of Brest. Right entrance goes into the gun room. 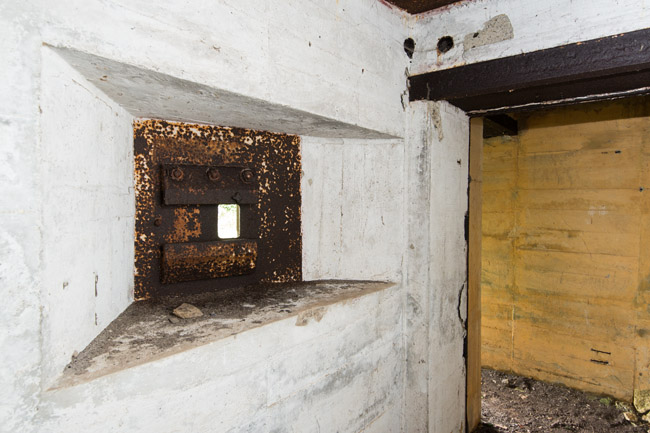 Entrance defence on the inside, built into an angle. 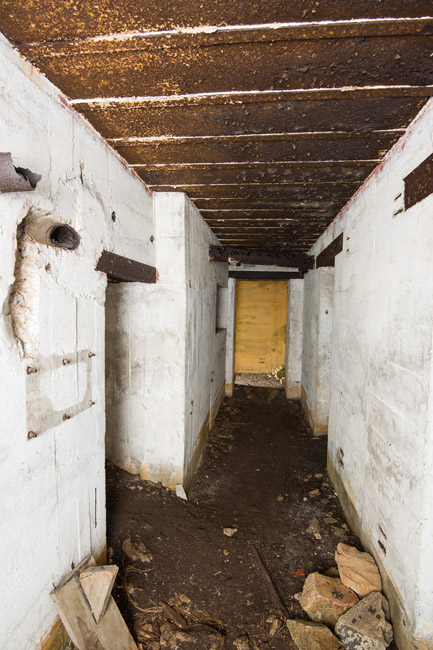 One long 'Flur', a corridor with all rooms attached to it. 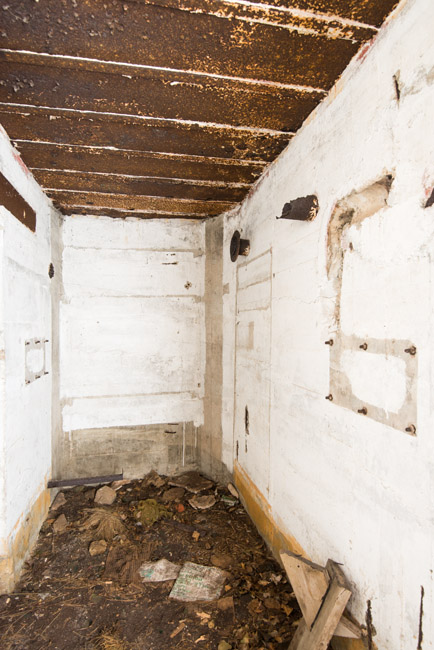 Looking to the end with rifle and equipment racks and two fresh air ventilators. 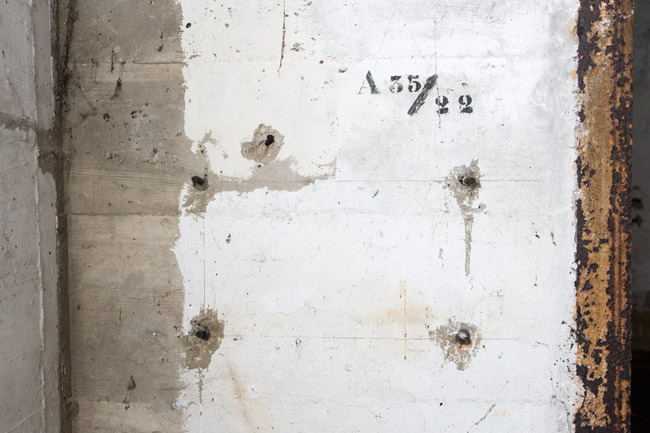 The bunker number near the telephone cable. Number 22 in strongpoint 35. 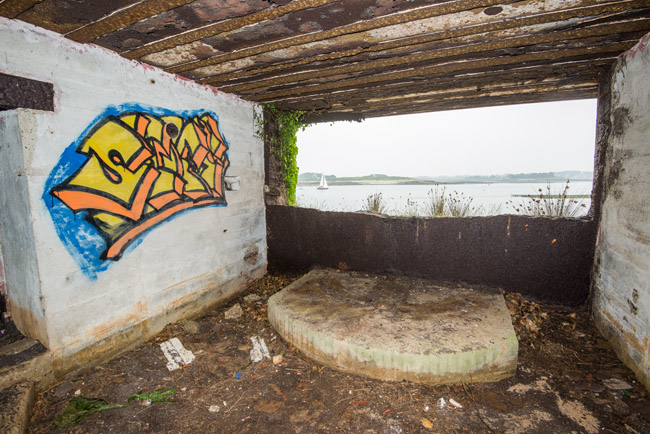 Northern Bretagne is quite a graffiti free place, but even here.. At least it's on the inside. 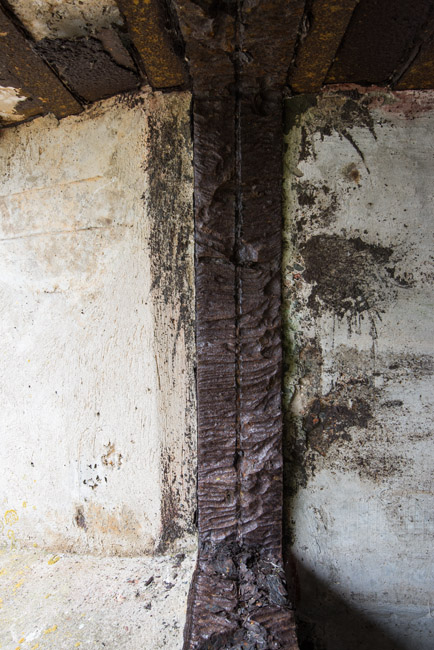 The two 10cm plates were only partly cut out so the bunker was not damaged by and demolition charge. 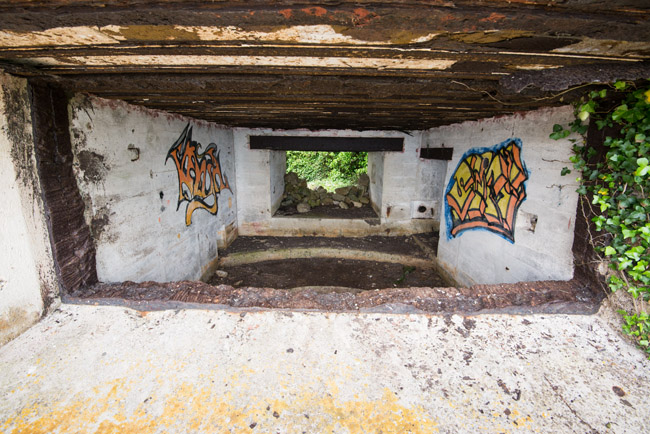