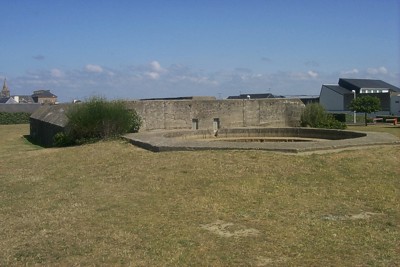 The remaining specimen is in good order. 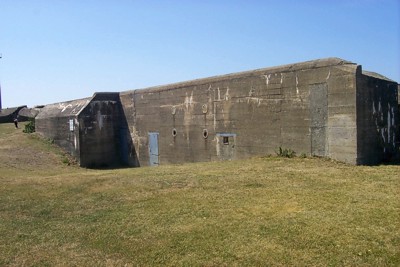 A view from the southside. The bunker attached is a 621. 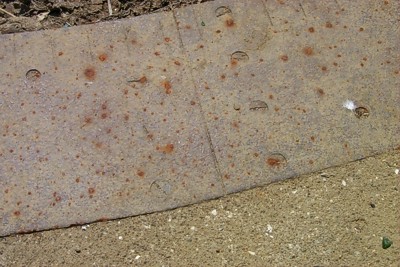 This is the aiming circle for the gun. 9 plates with each 40 marks makes a total of 360 degrees. This proves it to be a navy bunker. German landforces used the so called "strich" system, in which the circle was devided in 6400 mills. 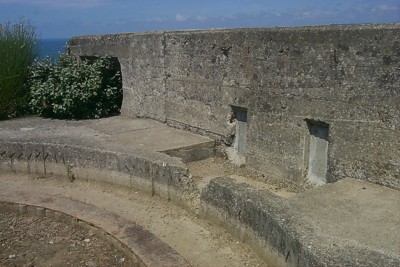 A close up of the ammo elevators. 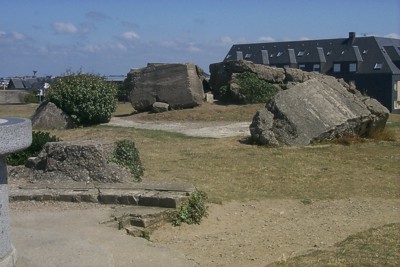 A second one has been blown. We think only the M158 part was damaged, but the 621 part is still present, however fully burried. 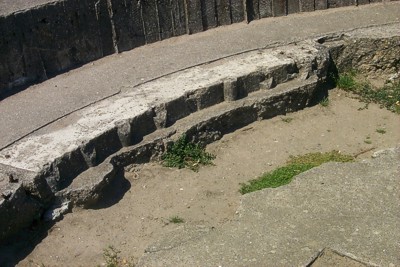 Here you see the remains of the second open gunemplacement, which also had once the aiming circle in 360 degrees. 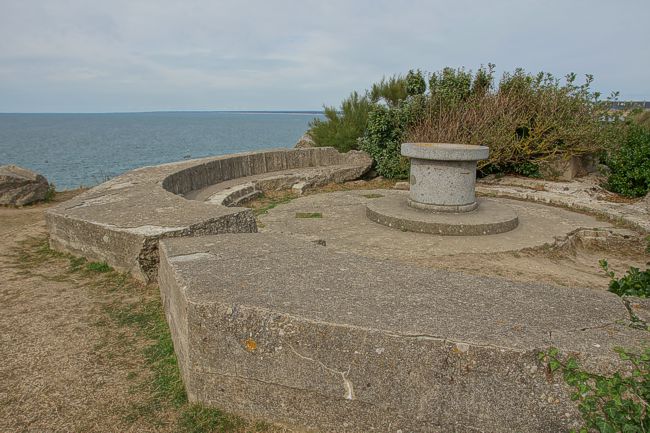 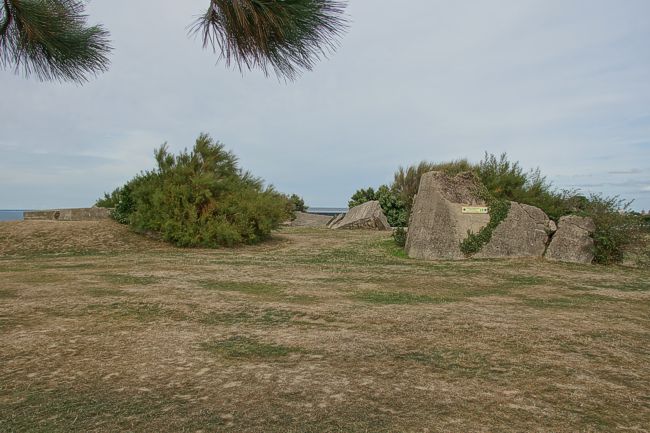 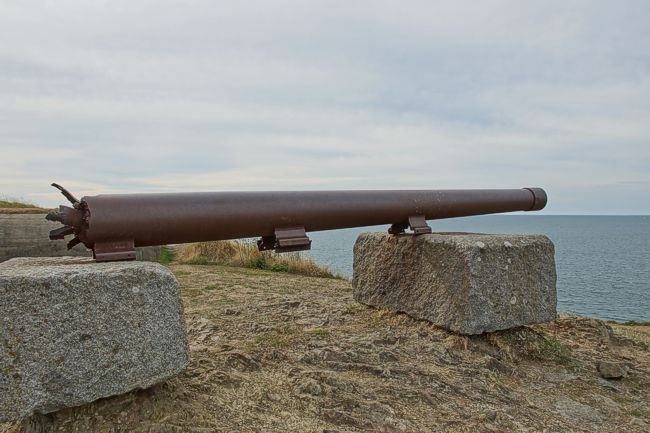 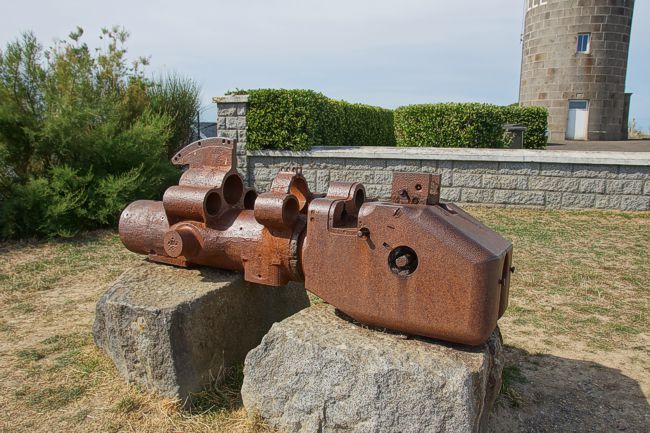 The breech lies nearby the lighthouse.