This bunker has endured the time and was converted to a holiday bungalow in 2020 in a special project. You can book your stay at Cocondo. 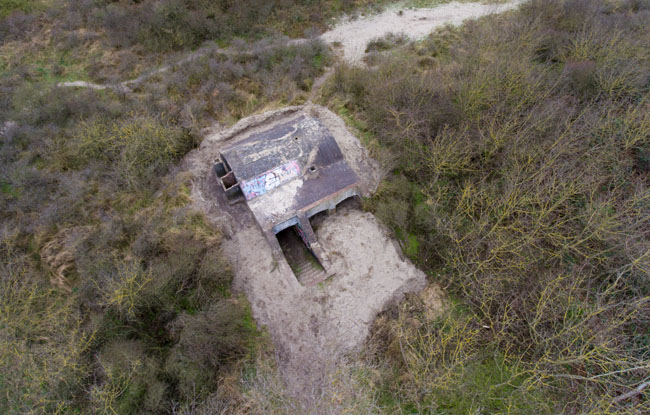 Aerial view of the bunker. The actual cable bunker is under the chimney on the left. 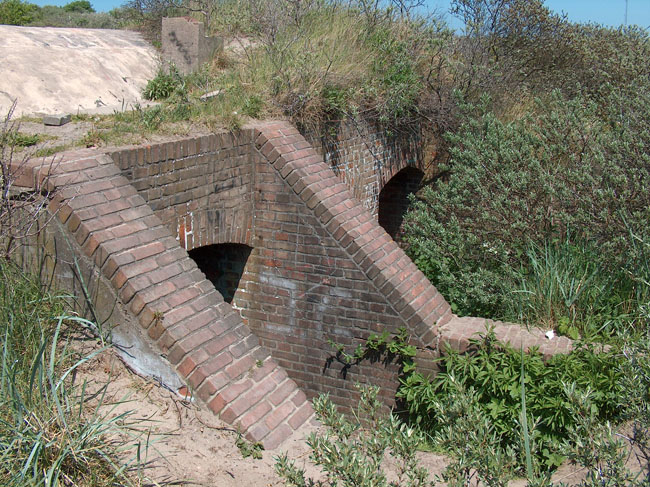 A photo of the brickwork in the summer of 2004. 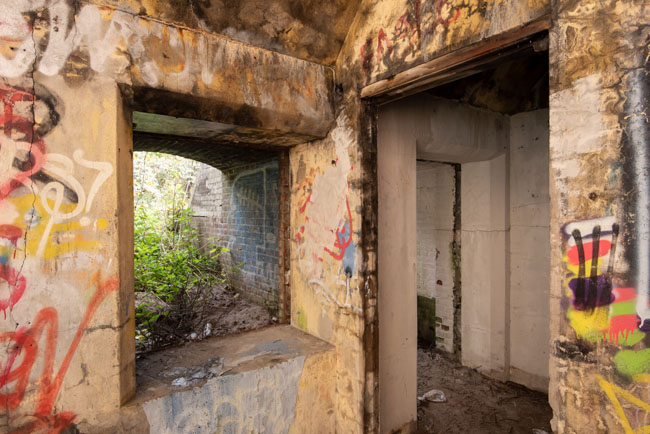 A 2019 shot of the inside which was still filled in with sand and sprayed graffiti on the walls. 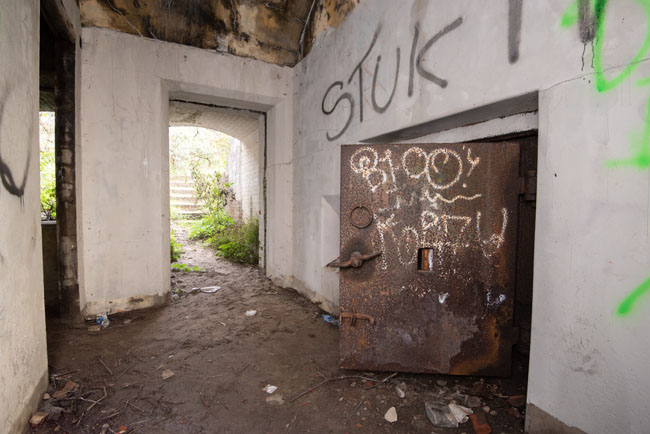 The entrance from the outside and the armoured door type 441P01 on the right leading to the cable bunker. It will become the bedroom. 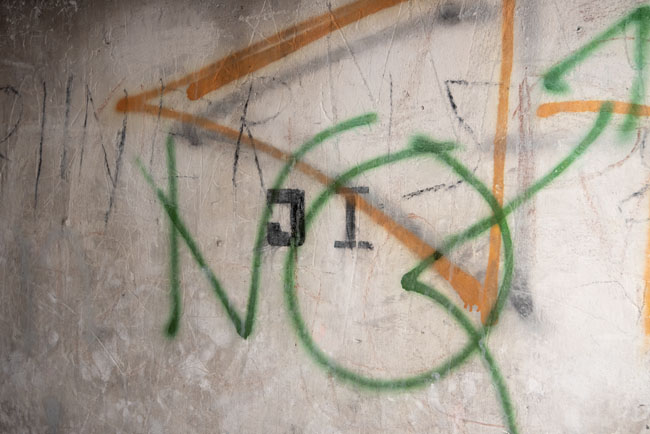 Number of the specific cable bunker, J which is German writing for I, and a Roman 1. 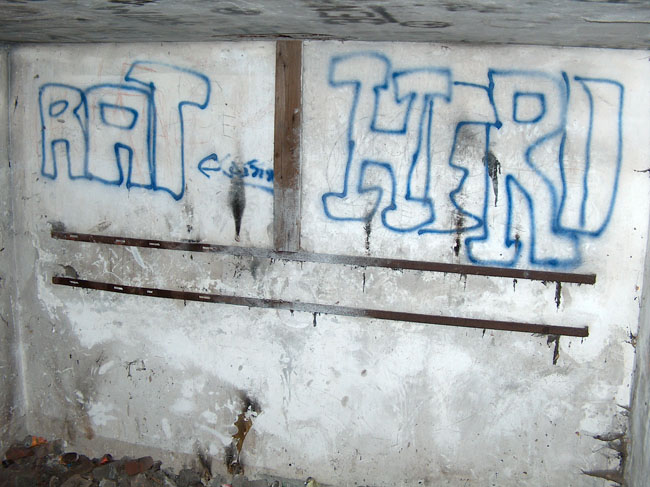 The junction boxes would hang on these steel frames. 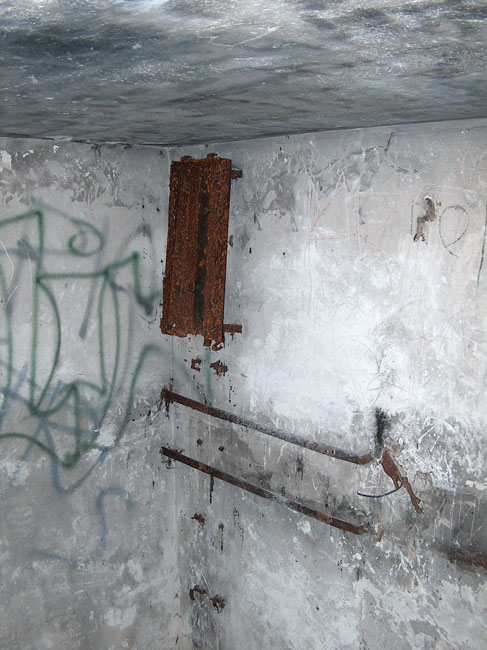 Just before in 2004 some remaining junction boxes were stolen. A rusty fuse box was left. 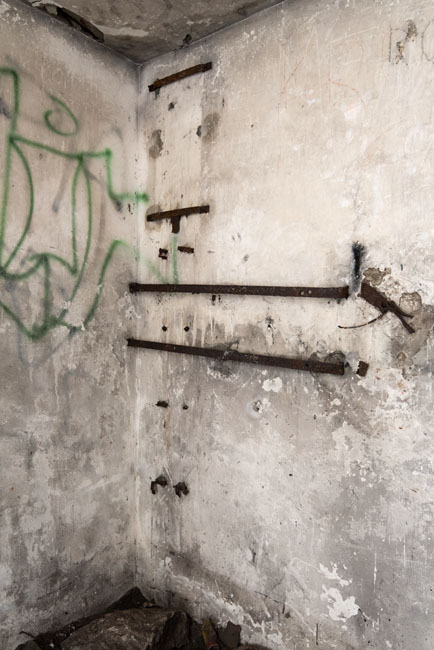 Same corner in 2019. Even the fuse box is something worth to someone these days.