The site can be found along the Bernauer Strasse south of Lanke. Admiral Dönitz used it as the supreme commander of the German navy. There is an undergoud bunker, an airraidshelter T 750 and many barracks and smaller bunkers.

Of course after the war, the Russian took over the place and used the mainbunker as a commandpost. They blew up some bunkers such as the airraid shelter and the Flak bunker. 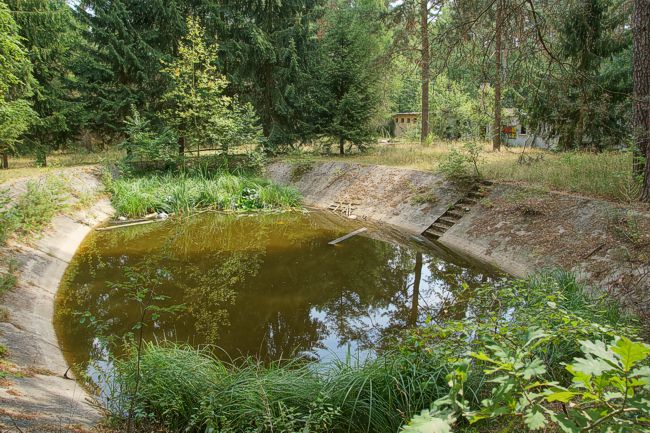 The water reserve for the fire brigade.