Bunkersite pays also attention to the infrastructure used during the Cold War. After WW-II vital command posts and communication centers were placed in new to built bunkers. The Dutch forces ordered the construction of several bunkers during the 50 and 60-ties. During the construction of office buildings some basements were reinforced and gave fysical protection as well as shielding from the electromagnetic pulse that comes free with a nuclear explosion. Since the end of the Cold War in 1991 the infrastructure was too expensive to maintain and the bunkers were abandoned. Some one them are hidden relics now, others have found a new life by housing protected data centers.

In this period former German built bunkers were also used. They already had the biological and chemical protection. The protection of the nuclear threat (emp) was sometimes newly incorporated.

The links of the reused German built bunkers in the menu bring you to their pages in the Atlantikwall part of Bunkersite. They open a new page, so you will not get lost. 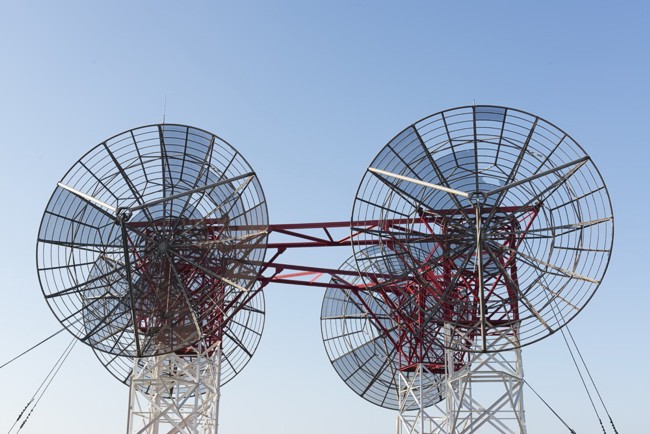 The former US troposcatter station at Hoek van Holland.