The Nationalsozialistische Deutsche Arbeiterpartei was Hitler's political organisation. New high leaders had to be trained in the way of thinking of the party. Genocide of the Jewish and gipsy populations and discrimination of coloured Afro people were part of the doctrine. This indoctrination took place in this complex at Vogelsang in the Eiffel mountains.

The castle was build in 1936 by order of the NSDAP. In 1946 it became a training facility for the English troops in Germany. From 1950 it was in use by the Belgian army and from 1955 it was a Nato traning ground. In 2005 it was returned to Germany and it houses a museum now. 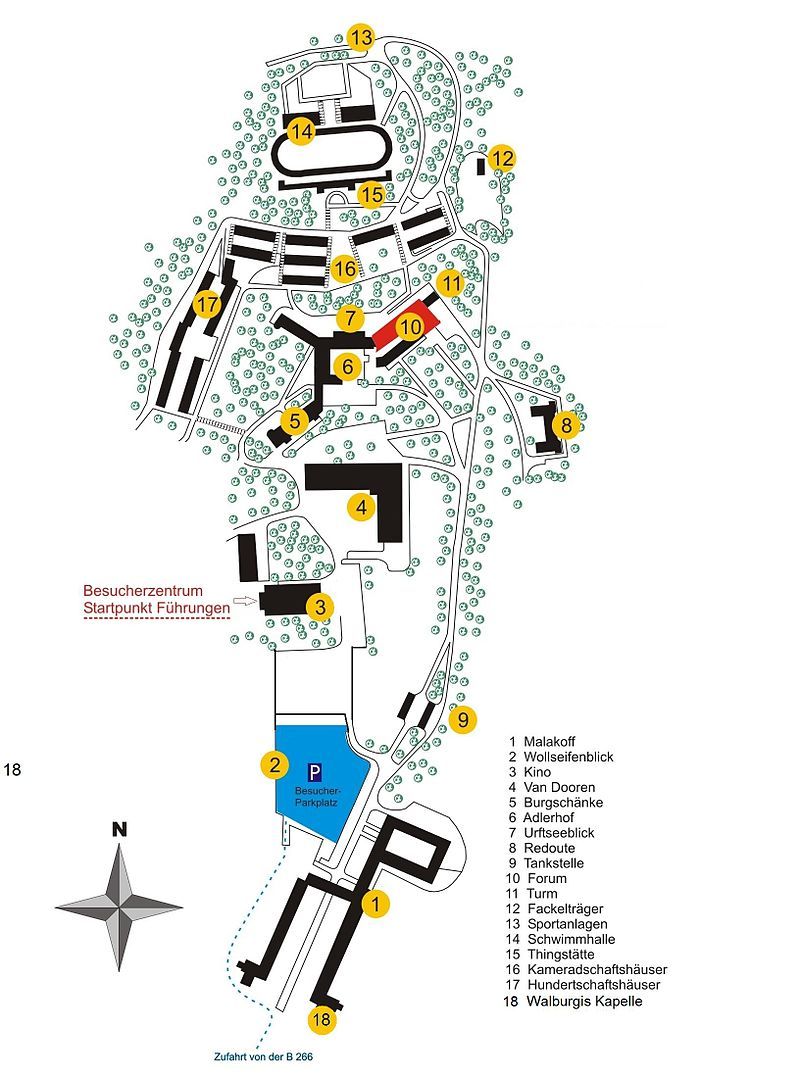 The plan of the large complex.