This large complex lies in Potsdam and was built in 1937 for training purposes. The Russians used it after 1945 because it lies close to the east-west border in those days. After the Russian era the place is abandonned and left over to nature. 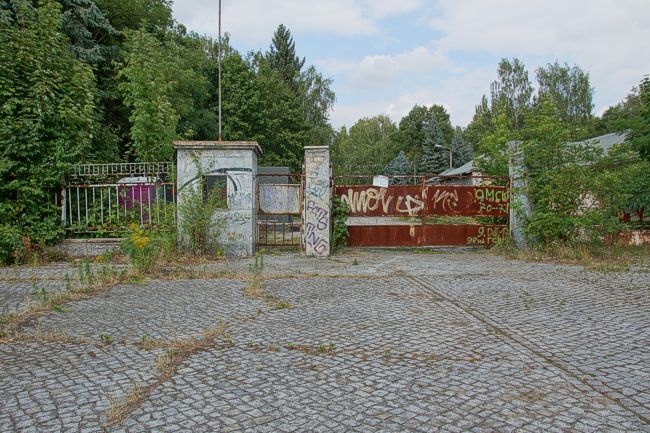 The story goes that in spite of the Russian use many Nazi relics would remains. 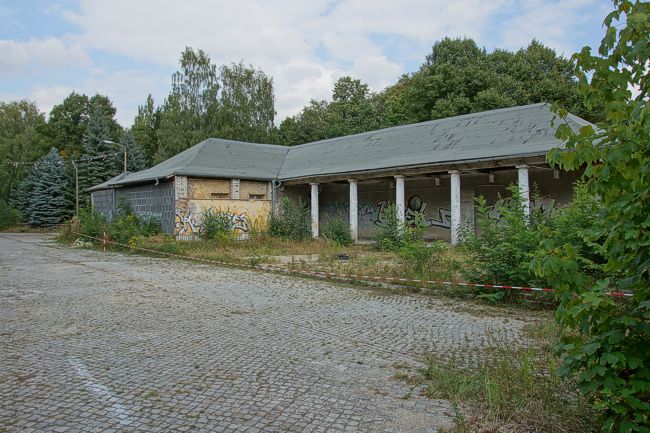 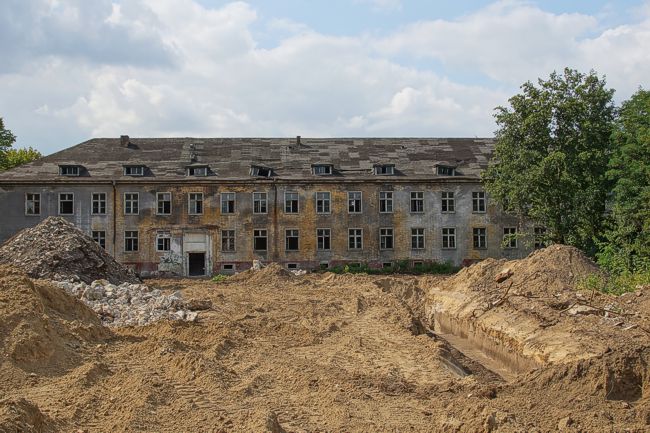 A project developer tried to make it into a soccer facility. He went broke. 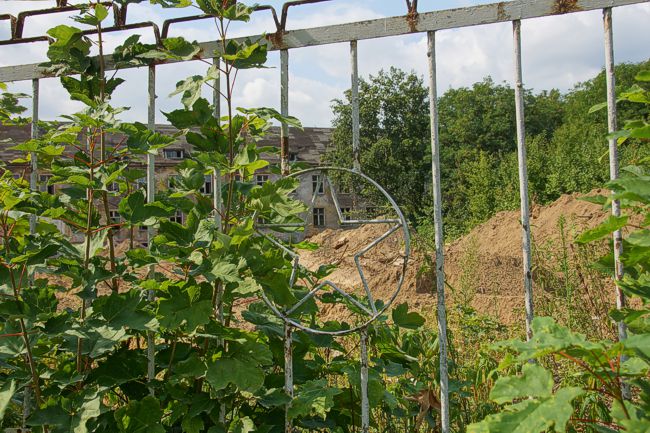 A Russian left over. 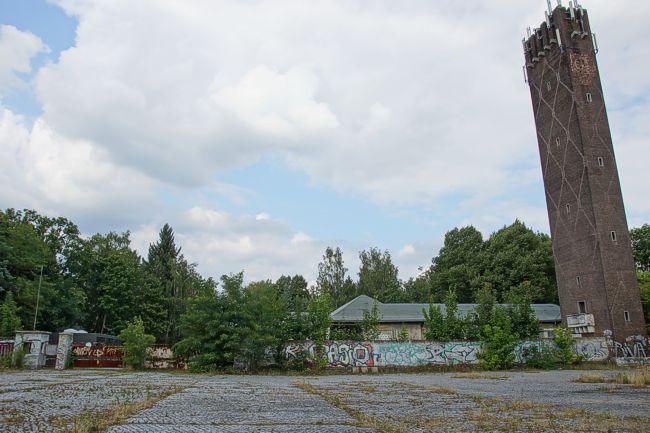 The tower has a new function in the cellular phone system. 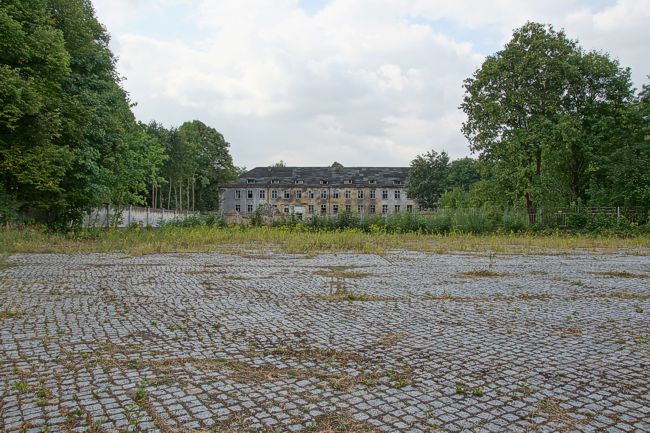